The Power of Words

As we walked into the gym the other day an older man was putting wristbands on all of the kids and he got to Rohan, Roo turned to me and said, “Mama, that man is special!”. Those sweet, sweet words made that man’s eyes twinkle and he was so happy. He said it was the best compliment he’d had in a long time. 🙂

A few moments later I dropped the kids off and proceeded to my usual routine. An hour later I was back to pick up the kiddos. Laila and Jai were really quiet. This isn’t too unusual when they are in big social situation, but they looked just plain down and out. I asked Laila what was wrong and she told me there was a little boy in daycare who kept pushing their toys over and telling them they were stupid and ugly. I felt awful for how sad they were, but it was such a great lesson. As we got in the car we started chatting about the difference between what Rohan had said vs. what was said to Laila and Jai–how one set of words made someone’s week and another set of words left two sweet little kids completely shrouded in sadness. 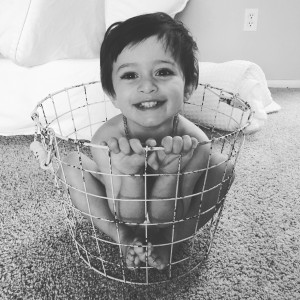 As parents we can never build up, or love, or put enough faith in our children. Knowing that they are enough, just the way they are, will hopefully help them through tough situations they are sure to encounter with friends, colleagues, and eventually spouses, who sometimes say things that make them feel like they aren’t enough.

I found this great website the other day that listed 66 positive things say to your children. I don’t think spouses would mind hearing a few of these words either!